Last Wednesday, 9th April was the anniversary of the death of Frank Lloyd Wright, the eminent American architect.  I had a phone call from the BBC last week asking what we knew about Frank Lloyd Wright’s other Anna Lloyd Jones.  Sadly, not much, although after an email and a chance meeting at Theatr Mwldan I got to know a lot more from Eileen Curry.

Frank Lloyd Wright’s mother was Anna Lloyd Jones, and she and her family lived in Blaenralltddu, a mile or so from Rhydowen.  When she was 5 the family emigrated to the States, leaving from the port of Cardigan in 1844. 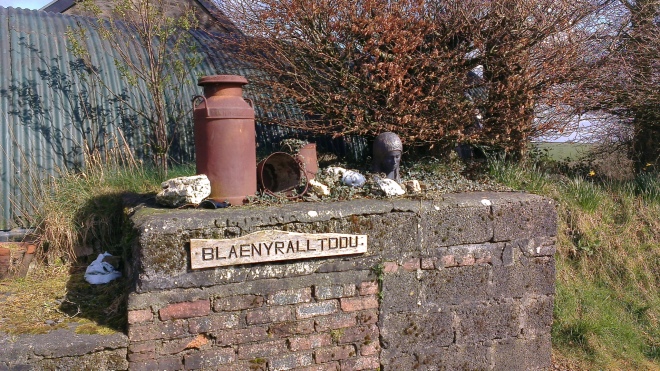 Anna’s family were members of the Unitarian Chapel at Llwynrhydowen and her father Richard was a Unitarian lay preacher and by all accounts a real bible thumper.  He was also a renowned hatter who is said to have got his customers to stand on his hats to test their strength!

It is likely that because of the faith of the family and their liberal politics that they upset the local landowner at Alltyrodyn Mansion.   It seems the final straw came when he ran his hounds through their garden.

Richard, Mary and their seven children left Wales and initially settled in Utica, before moving to Milwaukee in Wisconsin and then on to the village of Spring Green, Wisconsin.  What an incredibly hard decision to make.

Anna Lloyd Jones became a school teacher in America and she met William Carey Wright, a musician and itinerant preacher.  They married in 1866.  Frank was born a year later.  He was christened Frank Lincoln Wright, but changed it to Frank Lloyd Wright (in honour of his mother’s family) when his father walked out of the marriage in 1885.

Frank Lloyd Wright’s Welsh roots ran through his architectural work.  The house he built for himself in Wisconsin is called Taliesin (after the 6th Century Welsh  bard and poet).  Later in life he built a second home in Arizona called Taliesin West.

Many of the modernist homes he built still had a hearth as a centrepiece – just as the traditional Cardiganshire cottages would have had.

So all this was passed onto Carwyn Jones at BBC Wales Today, but he still needed someone to say it to camera…10 seconds of fame coming up then!  Luckily there’s also a real architectural expert.